Skip to content
“Can I get a rain check on that?” 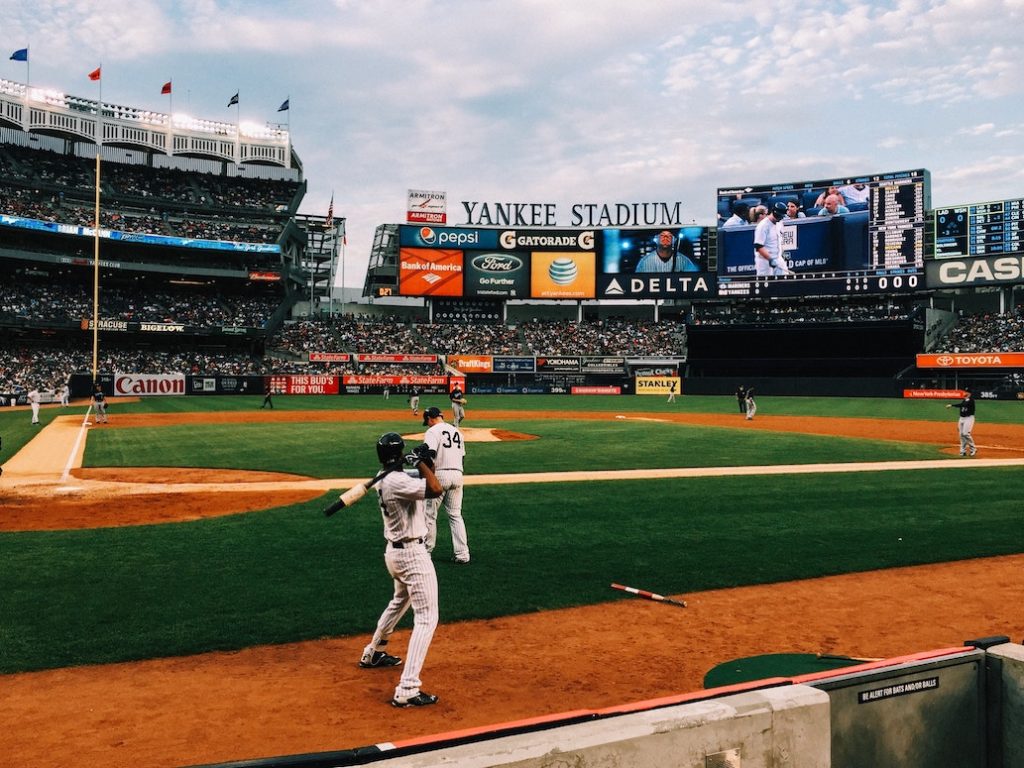 “I can’t believe they dropped the ball on this.”

“You’re going to hit that interview out of the park!”

“Can you give me a ballpark figure?”

Have you ever heard these phrases used in conversation before? Odds are, you probably have. Many Americans regularly use these idioms, but where do they come from? The answer is baseball. Baseball, considered to be the national sport of the United States, is a big part of American culture. Some Americans may not even realize that the idioms they so often use in conversation originated from Baseball.

Now what do these idioms mean? Let’s talk about a few of them.

Rain Check: In baseball, a rain check means that the game was postponed due to rain and will resume when the weather improves and the baseball field dries. In conversation, sometimes, when someone cannot make it to a social engagement they will ask for a rain check. This means they would love to attend but will have to do this at a later time; the speaker is simply saying, “I can’t now but would love to later.”

Touch Base: In baseball, a player must touch the first, second, and third base in order to score a run and earn points in the game. In conversation, when someone says they want to touch base with you, they are asking if they can contact you for an update or to discuss a topic. In other words, the speaker is saying, “I want to talk with you again. Can I contact you?”

Dropped the Ball: In baseball, if the ball is dropped, the ball may be considered a foul ball and the team will not be able to score any points. In conversation, if someone says they dropped the ball with something, they are saying that they made a mistake. For example, if I forgot to turn in a school assignment or complete a work project, I might say, “I can’t believe I dropped the ball!”

Ballpark Figure: Sometimes, a speaker may ask you for a ballpark figure or estimate. The origin of considering ballparks in relation to estimations comes from baseball history. When a sports commentator would look out into the audience, they would roughly estimate how many people were in attendance. Commentators would share this information with baseball fans who were tuned in to the radio to listen and follow the game. When a speaker asks for a ballpark estimate or figure, they are actually asking you for a rough estimate.

When you are spending time on campus or around your host community, don’t be afraid to ask your American friends about idioms that are unfamiliar to you. Are there any idioms that you and your friends use with each other in your home country? Feel free to share idioms from your culture with your American friends; they would love to learn from you.